Lawyer: No Charges for OH Fire Chief in Union Complaint 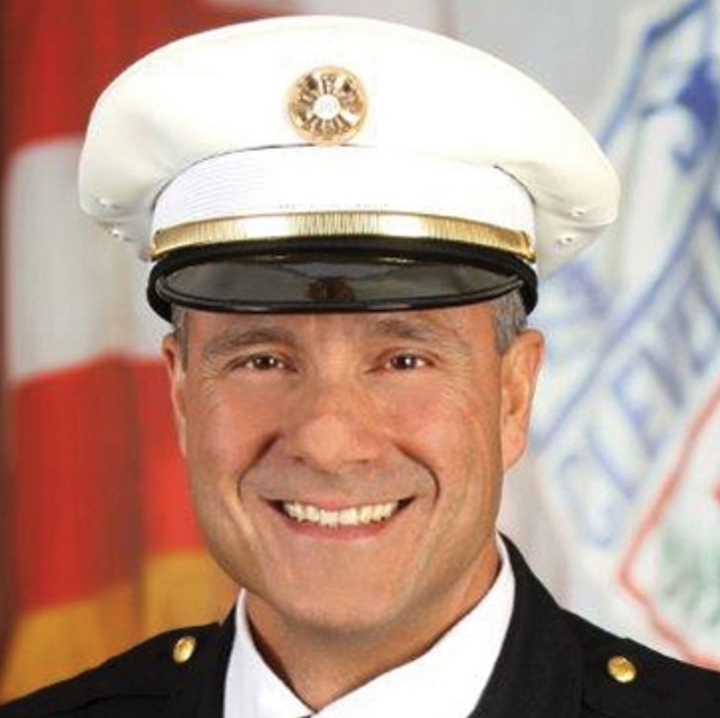 CLEVELAND—A special prosecutor has said he will not file criminal charges against Cleveland Fire Chief Angelo Calvillo over his collecting of signatures on behalf of Mayor Frank Jackson’s re-election campaign, according to Calvillo’s lawyer.

Attorney Larry Zukerman told cleveland.com that Frank H. Spryszak of the Lucas County Prosecutor’s Office informed him of the decision in a Wednesday phone call.

The decision comes in response to a citizen’s complaint that the city’s firefighter union filed in August, asking that Calvillo face criminal charges and that the city remove him from office. The union also filed a lawsuit in Cuyahoga County Common Pleas Court asking a judge to order the city to remove Calvillo from office based on their complaint.

Joseph Diemert, the lawyer for the Association of Cleveland Fire Fighters, brought the affidavit in Cleveland Municipal Court that accused Calvillo of violating a provision in the city’s charter that bars civil service workers from engaging in political activity. Violating that prohibition is a misdemeanor crime punishable by fine, jail time and forfeiture of employment, the charter says.

The union brought the complaint after learning that Calvillo said in a late 2017 deposition as part of an unrelated civil lawsuit that he had collected signatures on behalf of Jackson’s re-election campaign for nominating petitions to get the mayor’s name on that year’s ballot.

Cleveland Municipal Court’s judges recused themselves from hearing the case, and Ohio Supreme Court Chief Justice Maureen O’Connor appointed Judge S. Dwight Osterud, a retired municipal judge from Perrysburg, to oversee the case. Osterud ordered the court in October to appoint an outside prosecutor from a county not adjacent to Cuyahoga County to handle the prosecution.

Diemert also filed the suit in Common Pleas Court, where Judge William T. McGinty has set a January deadline for both the union and the city to file pre-trial briefs. McGinty held in October that he would not decide whether to order Calvillo’s removal based on those briefs without oral argument.

Zukerman accused the union of trying to oust the chief in an attempt to derail several internal investigations the department is conducting.

Diemert did not immediately respond to a request for comment Wednesday.