An Upper Nazareth Township businessman raised the money as a thank you to the nine fire departments who responded to the blaze at his home in September. 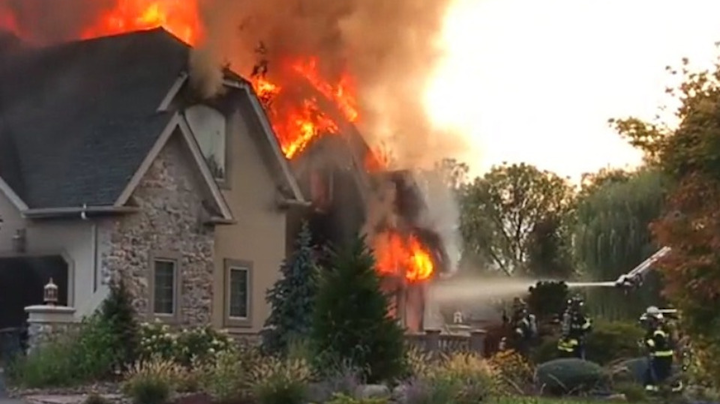 Upper Nazareth, PA, businessman John Pequeno recently lost his home to a fire. But instead of focusing on his loss, Pequeno began a GoFundMe campaign to help the fire departments that responded to the blaze.
JOHN PEQUENO | GOFUNDME

The Upper Nazareth Township man who lost his home to a devastating fire in September plans to present the firefighters who responded to the blaze with $18,000.

John Pequeno set up a GoFundMe page to raise money for the nine local fire departments who put out the fire at his home on Rising Sun Court. The fundraiser started with an initial goal of $15,000, but ended up bringing in $18,000.

Pequeno plans to present checks to the departments at 6 p.m. Monday at the Upper Nazareth Fire Department.

His partner, Alisha Leavelle, said Monday that Pequeno still plans to rebuild but that likely won’t start until after the winter.

She said the overwhelming support the couple received from their neighbors has tied them even closer to the neighborhood.

Pequeno is the founder and president of Ideal Concepts, an insurance technology company with headquarters in Allentown. He told The Morning Call in September that his parents always taught him to only take help when he needs it.

The Bethlehem native started his company in 2005, not long after graduating with a master’s degree in computer engineering from Lehigh University. He’s lived at his home on Rising Sun Court for 10 years.

He said firefighters ran into his home multiple times in an effort to save his beloved Yorkshire terrier, Marshall, who died while hiding under a couch. They also didn’t hesitate to come back later and help him try to retrieve whatever belongings he could from the wreckage.

Each fire department that responded will receive $2,000.