A number of children joined their responder parents at the second annual National Fallen Firefighters Foundation's Stair Climb on Thursday. 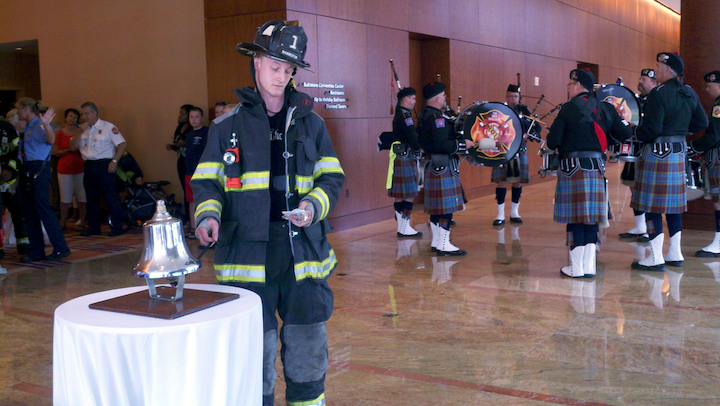 BALTIMORE, Md. -- The stairs at the Hilton were crowded Thursday afternoon for more than two hours, and it wasn't because the elevators were out of service.

Those trudging up the stairs were upbeat as they climbing for a reason -- in memory of the 343 FDNY firefighters who died on Sept. 11.

The second annual National Fallen Firefighters Foundation's Stair Climb attracted a variety of people in addition to firefighters who are attending Firehouse Expo.

Hilton employees and guests applauded the climbers on the various floors, encouraging them to keep going.

A number of children joined their responder parents in the event. Julie Laboy, 10, part of the last team to start, stretched while waiting. "I think it's for a good cause," she said.

Nearby, her father, Ivan Laboy, a firefighter in Jackson, NJ, also was getting ready for the trek. "We will not forget them."

A trio of firefighters from Durham, NC, came to Baltimore for only one reason – to climb the stairs in memory of their fallen brothers. Stephen Whitt, Touche Howard and Willie Hall's flight landed at 8 a.m., and at 4 p.m., they were scheduled to be in the air headed south.

"We're very into this, that's why," Whitt said as they started their ascent.

Another trio wore different uniforms, but were quick to point out that they're all from firefighter families.

Alex Young and Jacob Zimmerman are in the Coast Guard, while Emmalee is a civilian in the same service. But, on Thursday they were part of their extended fire department family.

Emmalee admitted she got quite a few glances as the ID tags of 13 firefighters dangled from her shirt and shorts. "No one else was picking them up. I didn't want to leave anyone behind," she explained.

Her husband and Young each had 10.

"We were motivated by the people on the various levels," Zimmerman said.

Anne Arundel County Deputy Fire Chief Ron Strobel and his wife Jane and Capt. Matt Tobia were sweaty following their climb, but their enthusiasm was intact.

It was Tobia's fourth climb, and he said it's such a small effort for such a great cause.

"There's a lot of comradarie at these, and a great audience. Except for responders, I think the memories of 9/11 sacrifices are fading. But, we won't let that happen."

Jeff said the boys, who also had ID tags dangling from their shorts, wanted to walk with him, and he welcomed it.

While Caden walked the majority of the time, he got tired so his dad carried him for a bit.

Money raised during the climb assists the NFFF's work with FDNY families.

Ohio Chief: It's Important to Think Outside the Box 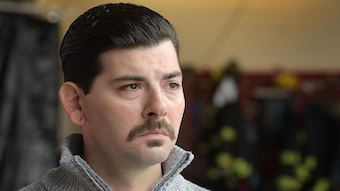 Several sons of the six firefighters who died in the 1999 Worcester Cold Storage Fire spoke with Firehouse about that day and joining their fathers' department.
Joe Vince
Dec 3rd, 2019 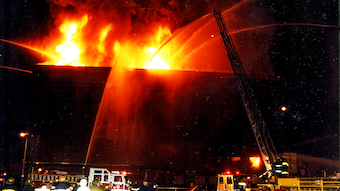 Gus Maynard reminds us of how two decades ago, the Worcester, MA, Fire Department lost the lives of six firefighters in a spectacular blaze.
Dec 1st, 2019 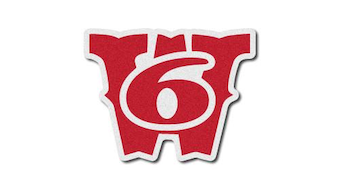 The temporary exhibit includes photos, videos, a model of the warehouse and notes to remember the fallen Worcester firefighters.
Nov 29th, 2019 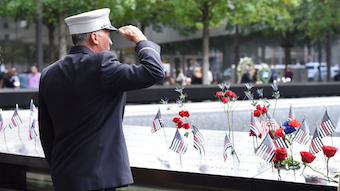 Firefighters again joined with families of those who lost loved ones during the annual 9/11 memorial service in lower Manhattan on Wednesday morning.
Sep 11th, 2019 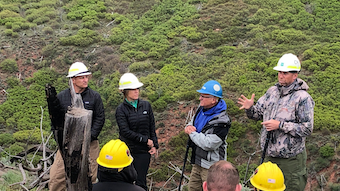 Firehouse remembers and honors the 14 wildland firefighters lost in the South Canyon Fire. Plus, Tom Harbour shares his reflections of that fateful day.
Jul 1st, 2019 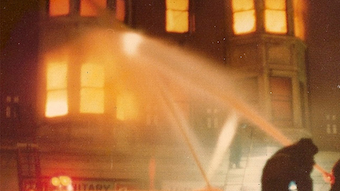 Documentary Depicts CA's Gartland Fire as One to Remember

'The Gartland Fire' tells the story of 1975 Gartland Apartments fire in San Francisco's Mission District and its impact on the community.
Mission Fire Film Inc. (The Gartland Company)
Feb 11th, 2019 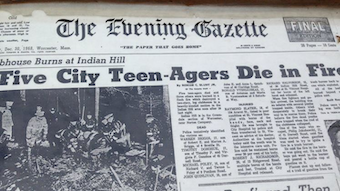 The city of Worcester on Dec. 29 will commemorate 50 years since five teenagers were killed in a fire at a cabin on Indian Hill.
Dec 23rd, 2018 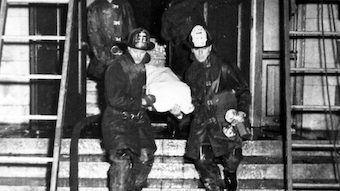 60 Years Later: Our Lady of the Angels School Fire 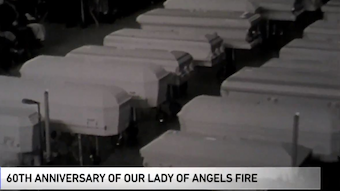 Chicago marked a tragic anniversary on Saturday with 60 years having passed since the Our Lady of the Angels school fire that killed 92 children.
Dec 1st, 2018 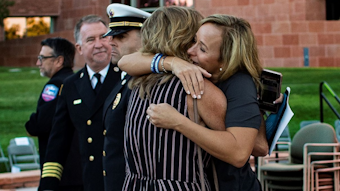 Loved ones and first responders on Monday marked one year since the Route 91 Harvest Festival shooting in Las Vegas that killed 58 people.
Oct 2nd, 2018

First Commander at 9/11 Attacks to Retire

FDNY Assistant Chief Joseph Pfeifer is the last of the chiefs who worked at the World Trade Center to leave the department.
Jul 12th, 2018

Charleston Firefighter Bill Kilcoyne, the driver of Engine 6, was the last firefighter to exit the Sofa Super Store on June 18, 2007.
Nov 1st, 2007

Hazmat Studies: Oklahoma City, Before & After the Bombing