Detroit FF Burns Feet in Fall Through Hole During Blaze

Detroit crews were responding to a fire at a vacant house when a firefighter suffered second-degree burns to his feet following a fall. 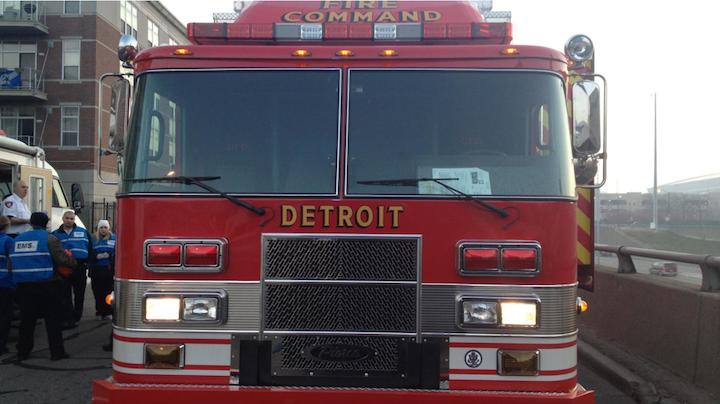 DETROIT—A fire in a vacant home on Detroit's east side early Monday morning took more than an hour to extinguish, and a firefighter fell through a hole and suffered burns to his feet.

The fire was called in at 4:22 a.m. regarding a vacant home at East Lantz and Stoller, south of East Eight Mile and west of Van Dyke.

While searching for people inside the home, the firefighter fell through a hole. There were no people, but the firefighter suffered second-degree burns to his feet in that fall, said deputy fire commissioner Dave Fornell.

The firefighter was taken to a hospital, but he is not believed to be seriously hurt, Fornell said. His age was not immediately available.

Visit The Detroit News at www.detnews.com