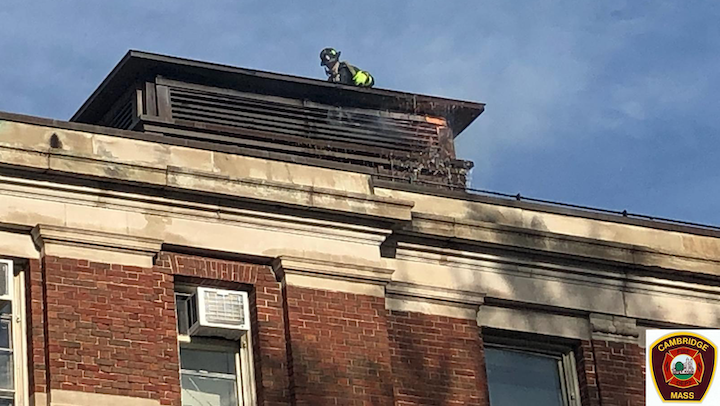 Cambridge firefighters rushed to Harvard Yard on Friday afternoon where a fire broke out in Emerson Hall, fire officials said.

No one was injured in the two-alarm blaze, which broke out about noon in a shaft in the 3 1/2-story, brick and wood classroom building, officials said. 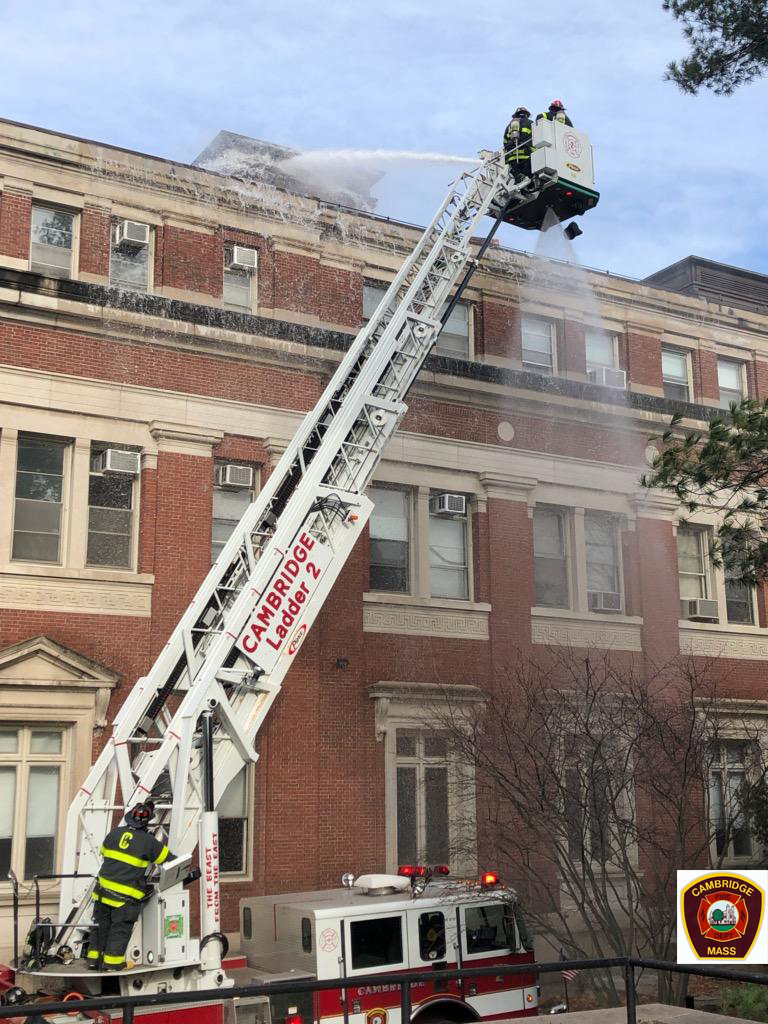 Firefighters could be seen on the roof, using a saw to cut open the shaft, where smoke was visible.

“As of 3 p.m., the fire had been extinguished, and CFD crews have left the scene, aside from a fire watch who will remain on site for a period of time this afternoon and evening,” Harvard University spokesman Jonathan Swain said in a statement. “Due to the holiday break, there were no classes or other activities taking place in the building at the time of the fire, and with that, no injuries to faculty, staff or students. Harvard appreciates the quick response and efforts of CFD crews to address and extinguish the fire.”

Emerson Hall opened in 1906 and houses Harvard’s Department of Philosophy.

The fire was contained, but there is some fire and water damage in limited areas.

University officials will continue to work with the fire department regarding an assessment of the cause of the fire.

Harvard officials also will assess the damage to determine if there will be any impact on access to the building as academic activities resume on Monday.

Visit the Boston Herald at www.bostonherald.com