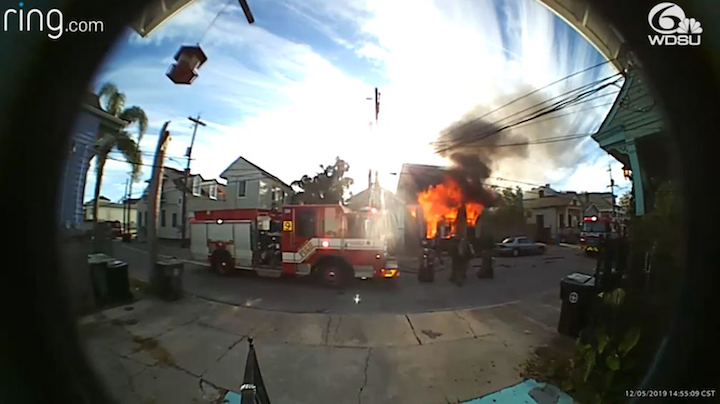 The director of New Orleans Emergency Medical Services was displaced from her 7th Ward home after it was badly damaged by fire Thursday afternoon, an EMS spokesman said Friday.

Firefighters said the blaze at Dr. Emily Nichols' house in the 1200 block of Kerlerec Street started about 2:45 p.m. Neighbors helped an unidentified elderly woman escape from the home before firefighters arrived. The blaze also spread to a single-story residence next door.

The house next door had minor damage to the outer wall and attic. Firefighters forced their way into that home to put out the flames there.

An EMS spokesman on Friday said the agency’s nonprofit foundation was working to organize a collection for Nichols' benefit.

Outside her home Friday afternoon, Nichols, 42, declined to comment on the fire.

Authorities haven’t determined what sparked the fire, which was one of 13 the Fire Department has responded to in the past nine days, Fire Superintendent Tim McConnell said Friday.

And with lighted holiday decorations ubiquitous at this time of year, local public safety officials held a news conference Friday to emphasize fire safety. Two of the recent blazes were deadly, McConnell said.

Among the safety tips offered: Make sure lighted Christmas trees aren’t too dry, which can increase the risk of a fire.

Officials also said people should decorate only with strings of lights that have been tested and labeled by a nationally recognized agency, such as Underwriters Laboratories.

Mayor LaToya Cantrell appointed Nichols as director of the city's EMS in May 2018. Cantrell went to Nichols’ street Thursday and watched as firefighters put out the fire.

Before joining Cantrell’s administration, Nichols worked as an emergency room physician at Ochsner Health System, specializing in pediatric care. She did her residency in New York City and Philadelphia. 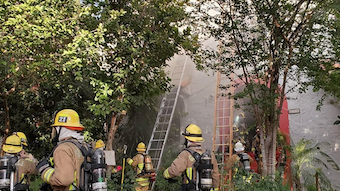