OH Firefighter Hospitalized after Stepping on Live Wire at Blaze

Harrison Township crews were responding to a house fire early Monday in Pickaway County when a firefighter was sent to the hospital in stable condition after stepping on a live power line. 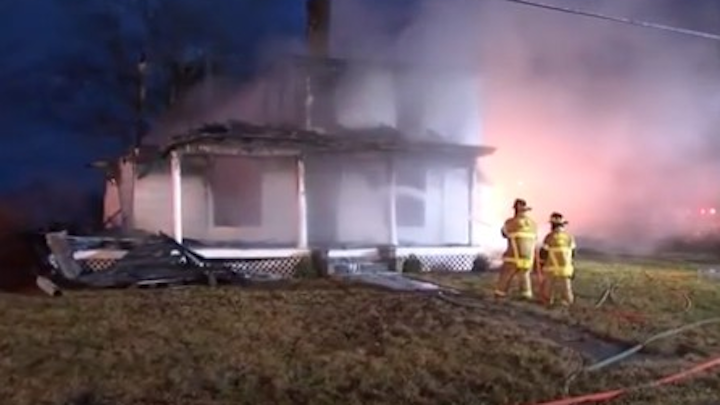 A Harrison Township, OH, firefighter was taken to the hospital in stable condition early Monday after stepping on a live power line while responding to a house blaze.
WCMH-TV Screen Shot

An Ohio firefighter was injured after stepping on a live power line while responding to a house blaze early Monday.

The incident happened while Harrison Township crews were battling a blaze in a Pickaway County, WCMH-TV reports.  Fire Chief Chad Noggle told the TV station that the firefighter was in stable condition, and doctors will be keeping him under observation for the next 24 hours as a precaution.

A smoke detector alerted one person in the house to the fire, and he safely escaped the blaze. The house was destroyed in the fire, and the cause is under investigation, WCMH added.