More than 100 FDNY firefighters responded to the fire that broke out in the kitchen of a 24th-floor apartment in an Upper East Side building, with flames spreading after a door was left open. 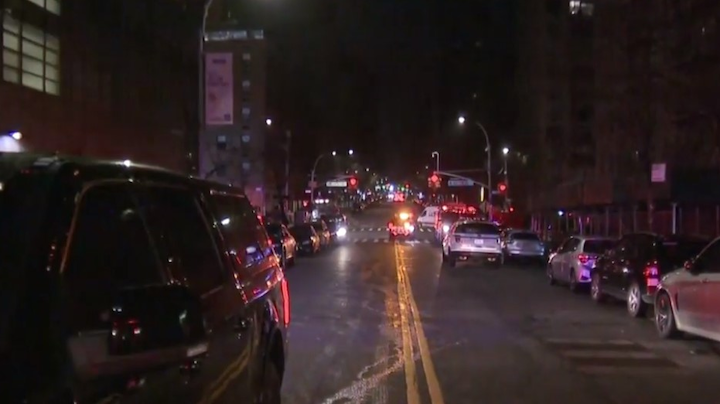 Four FDNY firefighters were among 22 people injured after a fire broke out in the kitchen of a 24th-floor apartment in a luxury high-rise on Manhattan's Upper East Side early Tuesday.
WCBS-TV Screen Shot

Four FDNY firefighters were among 22 people injured two critically after a blaze ignited in the kitchen of a Manhattan luxury high-rise apartment early Tuesday. One of the injured included a week-old baby.

The fire broke out just before 2 a.m. in a 24th-floor apartment of a 41-story building on the Upper East Side, the New York Post reports. Officials said that the flames began to spread through the building when the occupants in the apartment where the blaze originated passed out inside and left the door open as they tried to escape.

“It turned a kitchen fire—a one-room kitchen fire—into a fire that spread throughout the upper floors of the building,”  FDNY Deputy Assistant Chief Joseph Ferrante told the Post. "We had multiple, numerous phone calls from the apartment above all the way to the roof complaining of smoke, people trapped, all due to the fact that the door was left open."

More than 100 firefighters responded to the fire, reaching the scene in about three minutes. Crews were able to get the flames under control just before 3:30 a.m.

The two occupants in the apartment where the fire started were taken to the hospital in critical condition, and three others who officials identified as pediatrics were in serious condition. Four firefighters and 13 civilians suffered minor injuries, according to the Post.