Columbus' hazmat and bomb squads were deployed after a man called 9-1-1 claiming he suffered "radio-frequency burns" working on a "quantum physics generator." 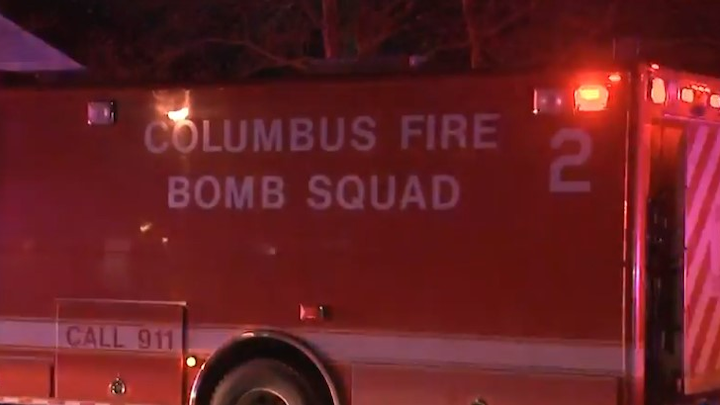 A report of a “nuclear device” prompted authorities to evacuate a northwestern Columbus neighborhood.

In a 9-1-1 call, a man said he was working on a quantum physics generator in his garage and that he suffered radio-frequency burns. Fire officials said the words the man used in the call were “alpha waves and particle accelerator,” which led to concerns over radiation. However, crews found no signs of radiation on the man who called 9-1-1, first responders told 10TV.com.

About 40 residences were temporarily evacuated while crews investigated the man’s claims.

Hazmat crews checked the garage where the man said he had been working on the generator, and then bomb squad and an arson team were to investigate.

Fire officials said the man could have been working on a capacitator, and that they asked American Electric Power to inspect it.

Also, the man who called 9-1-1 will undergo mental evaluation at a hospital and officials plan to file inducing panic charges against him, 10TV.com reported. 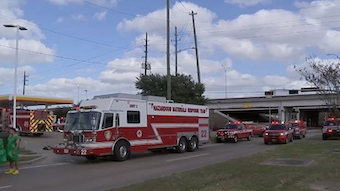 Houston firefighters cleaned an intersection overnight after a “concerned citizen” in the chemical industry reported a white silvery substance on the ground Sunday.
Dec 16th, 2019 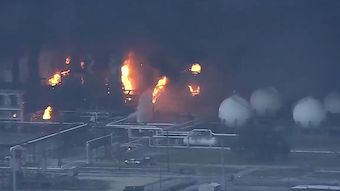 The company that owns the Port Neches facility has requested help from Port Neches Fire Department and the Sabine Neches Chiefs Association to deal with the ensuing fire.
Nov 27th, 2019 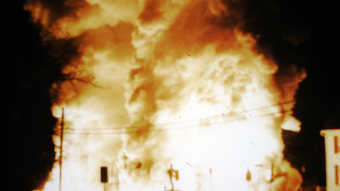 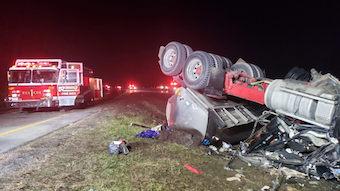 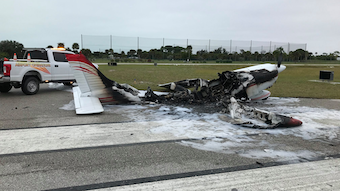 The pilot and passenger were able to escape as Venice and Sarasota County firefighters extinguished the burning airplane, which caught fire on the runway before takeoff.
Nov 18th, 2019 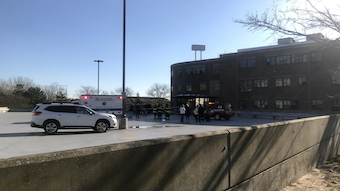 A chemical spill at a Braintree medical office resulted in a hazmat response and sent seven people to the hospital Wednesday afternoon.
Nov 6th, 2019 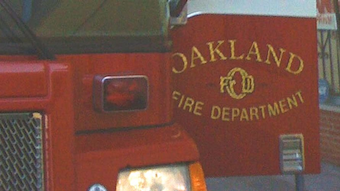 Oakland firefighters and local law enforcement agencies disposed of a cache of around 30 to 40 pounds of rifle and pistol gunpowder found at a home recently up for sale.
Oct 23rd, 2019 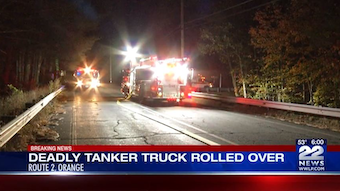 A truck driver was killed when the methane gas tanker he was hauling rolled over Friday night, leading to evacuations of nearby homes in Orange.
Oct 12th, 2019 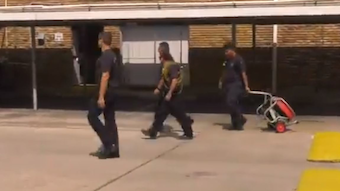 A Houston hazmat incident Wednesday began when two cops fell ill while checking on a man who concocted a chemical mixture to commit suicide.
Oct 2nd, 2019

A woman brought a bucket filled with bomb-making materials into a Lauderhill fire station, causing an evacuation and the lockdown of a nearby school.
Oct 1st, 2019

Around 150 people were moved from the Mount Sinai School of Medicine as a precaution after the spill of a hazardous and flammable substance used in chemical testing
Sep 18th, 2019

Three Sent to Hospital after Strong Odor at TX School

Fort Worth firefighters found nothing harmful from a sewer gas leak that forced about 20 adults and children out of the Young Women’s Leadership Academy.
Sep 17th, 2019