Spokane firefighters pulled up the man to a bridge after he had become trapped 80 feet below at the edge of the Spokane River. 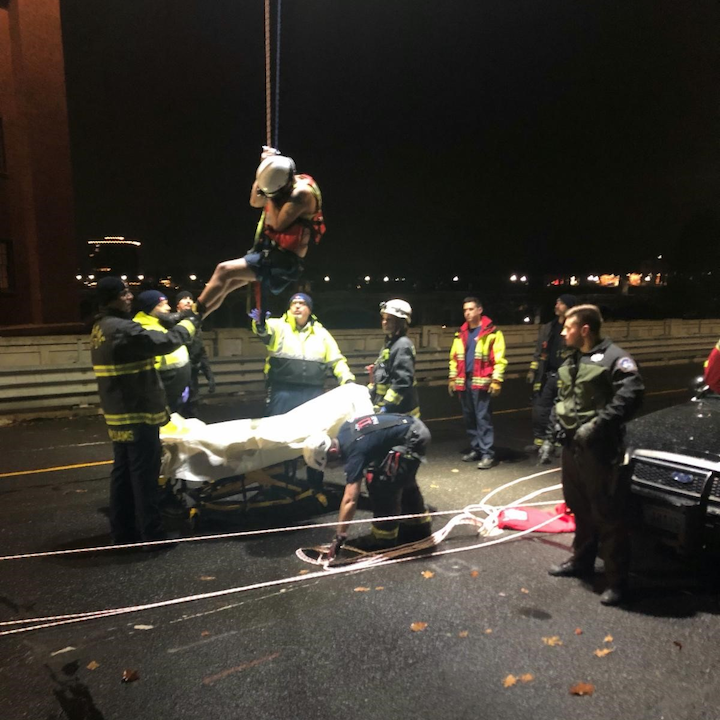 Spokane, WA, firefighters rescued a man who was trapped 80 feet below a bridge at the edge of the Spokane River early Thursday.
Spokane, WA, Fire Department

Spokane Fire Department crews rescued a man from the Spokane River below the Post Street Bridge early Thursday, after a person near the bridge reported a man screaming for help from the edge of the river just before 1 a.m.

Firefighters located the man with a spotlight at the bottom of a sheer cliff between the upper and lower falls on the south side of the river, according to a news release. Firefighters lowered blankets and other gear to the man, who had been in the water, to keep him warm.

Crews used ropes to lower two firefighters down from the bridge to the man, according to a news release. The firefighters then gave the man medical attention and secured him with a harness and flotation device.

Firefighters lifted the man about 80 feet to the bridge using a mechanical fire engine ladder, according to a news release. The man, who had hypothermia and trauma from an apparent fall, was transported to a hospital after paramedics gave him medical attention.

The Spokane Fire Department said the rescue saved the man’s life and was likely the most challenging incident crews responded to this year. 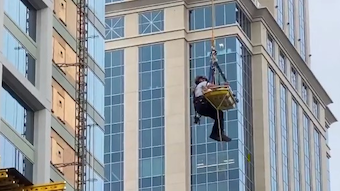 A witness' raw video shows nearly two dozen Charlotte firefighters use a crane, ladder and rope to get a worker trapped in the air at a building site safety to the ground.
Oct 20th, 2019 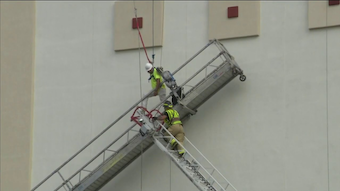 Video captured the rescue by Miami firefighters as two men were left dangling 30 feet above the ground after their scaffold malfunctioned.
Oct 10th, 2019 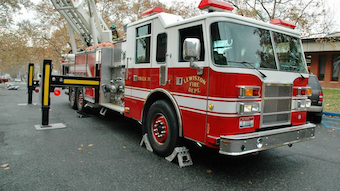 Lewiston fire crews used ropes and a pulley to hoist the injured pilot up a steep slope after a 'freak accident' sent him crashing into a hillside.
Oct 7th, 2019 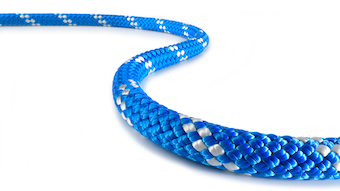 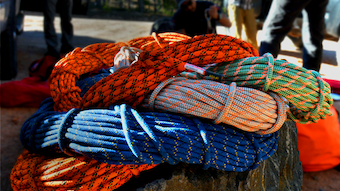 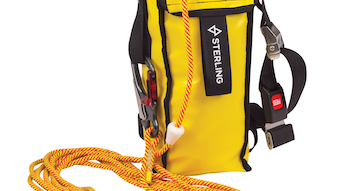 The FDNY Search Kit was built to the exacting specifications of FDNY, and comes with conical distance indicators every 25 feet to indicate distance and direction to the exit.
Sterling Rope Company Inc.
Sep 13th, 2019 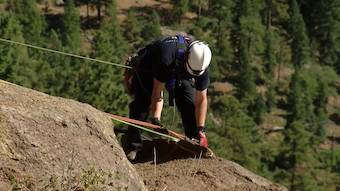 Watch CO Firefighters Rappel Down Cliff to Save Dog

The sheepdog fell 60 feet after slipping off a creek, and she needed Colorado firefighters to fetch her from the 2-foot-wide ledge where she landed.
Sep 12th, 2019 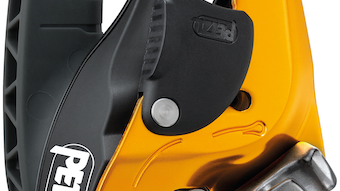 Product of the Day: Petzl America -- I'D Descender Line 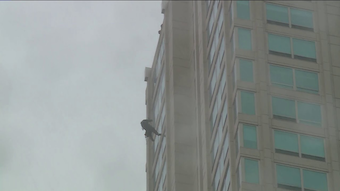 Raw video shows firefighters helping a worker to safety after he was stuck on the side of a 58-story building in a steady rain when one of his scaffold's ropes snapped.
Aug 20th, 2019

'He was fortunate enough to land on a ledge,' said a St. Paul fire official after firefighters used ropes to pull up a teen who fell 15 to 20 feet down a Mississippi River bluff.
Aug 1st, 2019

The Hamilton, Ontario, firefighter suffered head and face injuries when he lost his footing and fell 15 to 20 feet at Albion Falls while trying to rescue stranded hikers.
Aug 1st, 2019

Kansas City firefighters needed their own crane to get the injured construction worker to the ground safely after he had been hit in the head Monday morning.
Jun 17th, 2019

San Diego FFs Save Workers in Stalled Lift 42 Floors Up

Two construction workers were trapped in a broken window washing lift Tuesday, and San Diego's technical rescue team lowered themselves from the roof to reach the men.
Jun 4th, 2019