Kathy Spencer, the widow of a Worcester firefighter killed in the 1999 Cold Storage Fire, has penned a heartfelt op-ed on the need for safety changes. 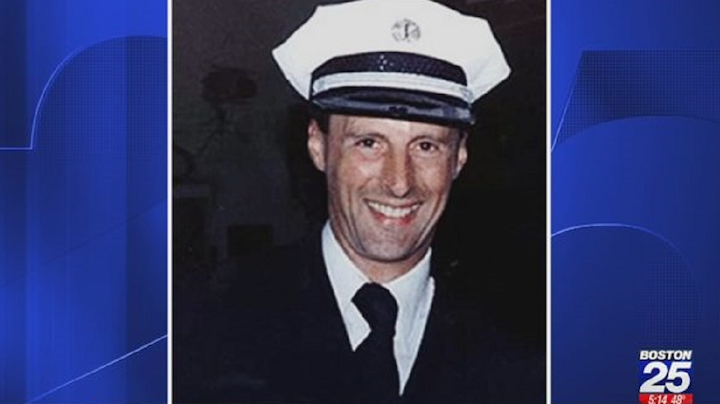 Worcester fire Lt. Thomas Spencer, who perished along with five other firefighters in the Cold Storage Fire on Dec 3, 1999.
Boston 25 News

My name is Kathy Spencer and I am the widow of Lt. Thomas Spencer, who was killed in the Worcester Warehouse Fire on Dec. 3, 1999. I have spent 20 years largely avoiding the spotlight that my husband's death has brought, but recent events have made that impossible.

I want to begin by sharing my deepest sympathy to Lt. Jason Menard's widow. She has no idea the strength she will need in the coming years, but I am sure she will find it. She has three beautiful children she needs to raise, which is not an easy job as a single parent. I am sure she will develop coping strategies for dealing with the annual celebrations, Thanksgiving, Christmas, birthdays, in addition to the mundane tasks and events that make up a life. Spending these moments without her partner will not be new to her, as the wife of a firefighter she has experienced parenting, celebrating and supporting her family while her husband was on duty.

But there will be many celebrations to come: graduations, marriages, birth of grandchildren when she will not have her husband, her children's father, to share that joy with. I know that pain and am sorry she will now know it as well. She won't be able to find a quiet moment during those events when she can turn to her husband and say "we did good."

For all those missed moments, I feel immense sadness. I have been experiencing these occasions for many years now with my three children, and one would think it gets easier, but it does not. Every major and minor event brings such joy and such pain. As I reflect on the road ahead for Jason's family, I also think about the last 20 years my family has lived through as the 20th anniversary of my husband's death is fast approaching.

For many, especially those in the Worcester Fire Department, fire departments beyond our city and citizens of Worcester, it is a day of commemoration. For me, it is another day without Tom. It is no different than the 19th anniversary last year, or the 21st anniversary next year. This Dec. 3, I will not be attending the commemorative events. My family and I will celebrate mass that day in the church my husband grew up in.

Prior to Lt. Menard's death last week, I had planned to attend the ceremony at Franklin Street, but now I find I cannot because while I am filled with sympathy and compassion for his family and I am also filled with anger and fear for the department. Anger that this is the third firefighter that has been killed since my son joined the department in 2010 and fear, selfishly, that it could have been him.

Something needs to change, something needs to be done to prevent these tragedies which are happening so much more frequently in our city. I am known for speaking my mind and that ceremony, a time for reflection and grieving, is not the event for voicing my opinion, but I feel I need to speak up in a different forum.

I am not new to the fire family. My father, John Murphy, was a Worcester firefighter for 35 years, followed by my husband Thomas for 20 years and now my son Daniel. I am proud of our family history, but unless changes within both the Worcester Fire Department and the city of Worcester are not implemented, I do hope that my family's service in this noble profession ends with Daniel.

Blaming triple-deckers or other unique structures is not enough. Firefighter deaths do not happen with such regularity in other cities in the Commonwealth of Massachusetts which have similar multifamily dwellings.

Following the warehouse fire, I served on the Abandoned Buildings Committee in Worcester which effected change in how firefighters identify and fight suspected fires in these buildings. No firefighter has been killed since 1999 in an abandoned building, making those changes which were enacted a success. More collaboration between city departments, similar to what transpired from the workings of the Abandoned Building Committee, along with better training and systematic examination of the department to -- not to place blame -- identify and support the clear failures in the system so that Jon Davies, Chris Roy and Jason Menard's deaths will not be repeated.

Please, do not let another family have to cope with this devastating loss for the rest of their lives. Truth be told, each passing year without Tom in our lives feels like the first day and something must be done to stop another generation from living the way my children, and all the children who have lost fathers, have.

The cycle has to stop.

Kathy Spencer is the widow of Lt. Thomas Spencer, who died in the Worcester Cold Storage and Warehouse Co. fire on Dec. 3, 1999.