Two Connecticut state senators plan to introduce legislation that would expand workers’ compensation coverage for PTSD to include EMS workers and dispatchers. 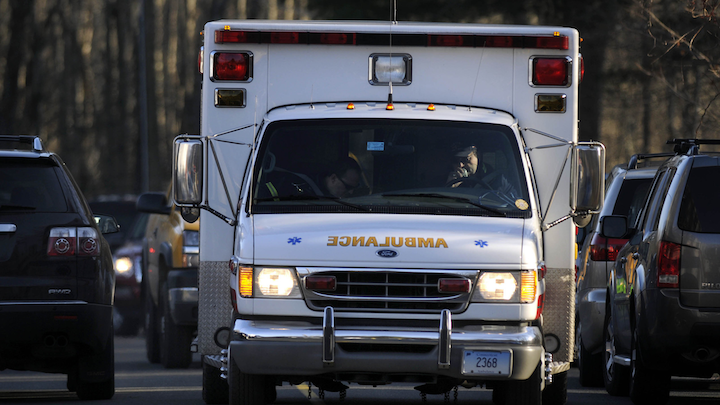 After striking a landmark compromise this spring on post-traumatic stress disorder benefits for police and firefighters, lawmakers will consider expanding protections next year to cover more emergency personnel.

And while Osten and Kushner say their proposal is a natural extension of vital-and-long-overdue protection recently provided to police and firefighters, others say Connecticut could be moving too fast — at the public’s expense.

“I think it was always just a matter of time until we added EMS workers, dispatchers and prison guards to the list of people who need and deserve workers’ comp coverage for post-traumatic stress events,” said Osten, who co-chairs the Appropriations Committee and is a former state correction officer supervisor.

“The old arguments from some town officials and fiscally conservative Republicans that we just can’t do this because it’s too expensive — those arguments don’t hold water anymore, especially the way workers’ comp costs have dropped so dramatically in Connecticut over the past several years,” Osten added.

Kushner, is co-chairwoman of the Labor and Public Employees Committee, which conducted a hearing last Friday on post-traumatic stress injuries.

“Clearly there is a need to extend PTSI benefits to a wider range of first responders than the police officers and firefighters who we covered earlier this year,” she said. “The message that came through loud and clear [Friday] is that EMS workers and dispatchers are also on the front lines of public safety, as are our correctional officers. Their stories were just as horrific and moving as the ones we have heard from police officers and firefighters.”

Legislators, municipal leaders and labor advocates battled for six years over whether to expand workers’ compensation benefits for police and firefighters before striking a compromise last May.

The impetus for the debate was the December 2012 shooting deaths of 26 children and staff at Sandy Hook Elementary School.

At issue was whether the system should provide lost wages only for those first responders who are the direct victims of violence, or whether those who witness it in gory detail also could face mental illnesses so severe they could not return to work.

Connecticut health care providers who debated this issue over the past six years have testified before lawmakers that post traumatic stress is a severe anxiety disorder that can develop anywhere from immediately after an event to months or years later and can create debilitating psychological trauma.

The compromise provided up to one year of workers’ comp coverage for police and firefighters who suffered from PTSD—without any physical injury—provided it stemmed from at least one of six qualifying events:

Osten said the bill she would help craft next year likely would also tie expanded workers’ compensation coverage for the next group of workers to similar trigger events.

Osten and Kushner’s announcement drew praise from the largest state employee union, Council 4 of the American Federation of State, County and Municipal Employees, which represents more than 4,000 correction officers.

“For us this is a 20-plus-year fight for justice,” Dorman said.

Rudy Demiraj, who has served 21 years as a correction officer in a maximum-security state prison in Cheshire, described for the labor committee how two Cheshire inmates stabbed an officer three times in the neck with a ballpoint pen, barely missing his carotid artery.

The attack left mental scars that lasted long after the physical wound had healed, Demiraj testified.

“I can tell you from firsthand experience that corrections is one of the most stressful beats that anyone can walk,” he said.

But others said Osten and Kushner’s proposal may be premature.

Joy Avallone, counsel for the Insurance Association of Connecticut, noted that the legislature enacted a new Paid Family and Medical Leave program this year that provides up to 12 weeks of paid leave.

Given that, and the steps taken to expand workers’ compensation coverage for police and firefighters, Avallone testified, “we believe it is necessary to let the dust settle in order to properly evaluate the impact of the recent expansion and whether a need for further expansion of coverage exists.”

The Connecticut Council of Small Towns also expressed concerns that the legislature could be moving too quickly if a second expansion is adopted next year.

“We really need to take a step back and see how this first step has impacted our workers’ compensation costs,” said the council’s executive director, Betsy Gara.

The Connecticut Conference of Municipalities, which played a role in negotiating the compromise bill adopted last May, declined to comment Monday.

The state Office of Policy and Management, which oversees both budgetary matters and labor relations, also took a cautious approach.

“We look forward to seeing the proposed legislation,” OPM spokesman Chris McClure said, “and to the ensuing discussion of the state and local impact.”