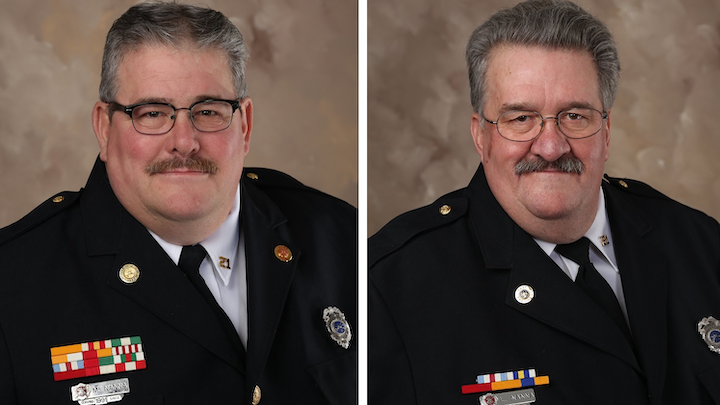 The brothers were firefighters accustomed to tragedy. But when one of them passed away last week, it was too much heartbreak for the other brother, according to his fellow firefighters in western Pennsylvania.

He died of a broken heart five hours after learning his brother was gone.

As KDKA-TV in Pittsburgh report, the tragic series of events began Wednesday evening, which is when the Cranberry Township Volunteer Fire Company reports on Facebook its former chief and fire administrator Mark Nanna passed away.

Mark, 56, died due to complications from an infection, fire officials said.

The shock and heartbreak was too much for his brother Lee Nanna. The former fire company president, passed away five hours later after learning about his brother’s death, the company said.

“I’ll still say and I think everybody else believes. Lee died of a broken heart because of his brother. He just couldn’t take it,” Gary Brewer, with the Cranberry Township Fire Department, told KDKA, which adds:

The similar-looking Nanna brothers were synonymous with service at the fire company and in the community. In fact, they joined the company together on the same day.

The brothers did everything together. It’s part of what made them so special to everyone, colleagues said.

“For the fire company and the township, you really can’t describe it. The two guys, they did everything,” Brewer said.

Now they will be honored and buried together.

A full firefighter funeral service and final call are scheduled Tuesday for the pair who spent their lives bravely keeping their community safe.