Shannan Mills reviews how drones can help firefighters complete their missions as well as when this technology can cause problems. 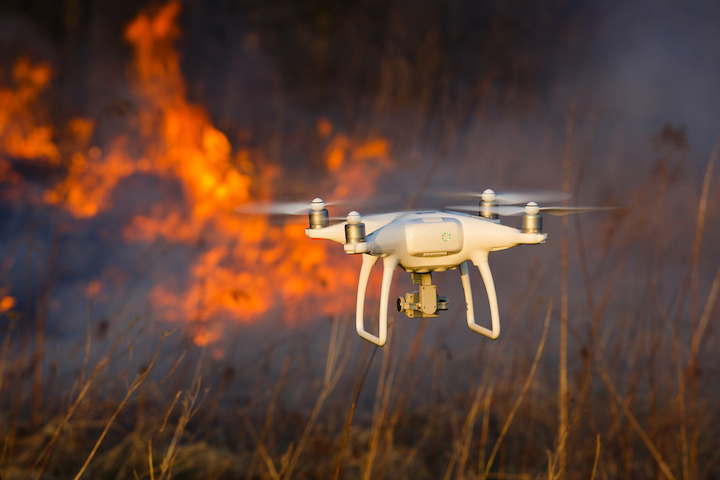 Using a drone during a wildfire can give firefighters views of scout lines they couldn’t see otherwise.
Photo courtesy National Fire Fighter Corp.

The sight of a drone buzzing high above a raging wildland fire is becoming more common, but do firefighters on the ground welcome the flying device? It all depends on who’s piloting it.

The wildland firefighting industry has a love-hate relationship with these high-tech aircraft, and it all comes down to safety. When placed in the wrong hands, the very device that could give wildland firefighters a leg up can also put them in great danger.

In the hands of professionals, drones scout firelines, help communication efforts, and give firefighters critical views and input they cannot obtain otherwise. Civilian drone use, conversely, can completely shut down aerial wildland firefighting efforts for hours—or longer—and poses a real danger to the public.

Drones may have huge potential to help wildland firefighters in the future, but they won’t be fully adopted until civilian drone use can be better controlled and regulated.

The good: how drones can help firefighters

Unmanned aircraft offer help with fire suppression that no other vehicle can provide. Use of drones in fighting wildfires is still in its infancy, but fire departments around the country are figuring out new ways to use drones to their advantage.

Eyes in the sky

Infrared cameras enable drones to peer through smoke from up high, helping firefighters see conditions that the eye cannot. This allows firefighters to better pinpoint the hottest areas of a wildland fire, and gives them an advanced tool for monitoring a wildfire to ensure it is responding how they anticipated. In the future, there’s potential for drones to also come in handy during lightning storms by surveying smoke areas to better pinpoint lightning.

Using a drone during a wildfire can give firefighters views of scout lines they couldn’t see otherwise. Drones also provide 360-degree views of wildfires, aiding existing manned aircraft in search and rescue efforts. In the face of a massive wildfire, the ability to have a constant, full view of the blaze is an invaluable tool. As an unmanned vehicle, a drone can get close to the dangerous smoke and flames without endangering a pilot’s life. This kind of live and immediate tracking of all areas of a wildfire can save property and lives.

Communication is essential for a firefighting team to successfully contain a wildland fire and protect the public. As well as keeping wildland firefighters informed with accurate and up-to-date information, timely communication also ensures that everyone in the surrounding area can be kept out of harm’s way. After all, fires spread quickly and often unpredictably.

A drone can act as a temporary Wi-Fi hotspot, making communication accessible in places where cell towers are unavailable or not working during a fire. This means wildland firefighters can still exchange the digital data they need to combat a fire, no matter how destructive the blaze has been to the local infrastructure or how difficult it is to communicate by other means.

Large drones (those weighing more than 55 pounds) have the potential to deliver water and other fire suppressants to wildland firefighters on the ground. While we haven’t seen real-world application for this thus far in the fire industry, drones have already been assisting in delivering military cargo in a similar fashion.

If a drone can deliver fire suppressing materials, it could also deliver the materials to start a blaze. The firefighting industry can explore the possibility of using drones to set backfires in remote locations or to execute prescribed fires, two useful strategies for controlling wildfire. Again, this would reduce the need to endanger a human life, by having a professional pilot the unmanned aircraft from afar.

Although the benefits of drone usage to combat wildfires sound extensive and invaluable, the costs, training, and technology adoption involved may delay widespread implementation. As an even bigger barrier, civilian drone use significantly impedes wildland firefighting efforts—and puts the use of this technology into question for the entire industry.

The bad: dangers of civilian drones

The Federal Aviation Administration’s take on civilian drone use on wildfires is simple: “If you fly, we can’t.”

When a drone that is not authorized to fly into wildfire airspace is detected, all aerial firefighting operations must be halted until the drone has left the area. That means not only professional drones, but also manned aircraft are forced to stop their work. In an age when wildfires are becoming more frequent and intense around the country, this can be devastating. For every extra minute a wildfire spreads, the blaze becomes harder to control and the potential for catastrophe increases.

In 2016, more than 40 drone flights interfered with wildfires, bringing aerial firefighting operations to a complete stop more than 20 times. In 2017, at least 25 shutdowns of aerial wildland firefighting efforts occurred due to drone incursions.

Aerial firefighting tools (both manned and unmanned) are critical in fire suppression, as they supply chemicals, water and other fire suppressants in high quantities to areas that can only be reached by flying directly above. These helicopters and planes fly low to the ground, and unauthorized drones pose a high threat of collision when in the same airspace.

What drone owners need to know

To keep civilian drones away from fires, the FAA has implemented steep penalties. Fines for manning aircraft can range from $1,000 to $25,000. Criminal prosecutions can result as well. This summer, a man in Prescott Valley, AZ, was charged with two counts of endangerment for flying a drone near a no-fly zone surrounding a wildfire. Six helicopters and two planes combating the fire were grounded because of this single drone.

Drone owners should monitor the FAA’s listing of all current temporary flight restrictions on its website. There are also apps available that alert drone operators when there are restricted airspaces in their vicinities.

After drone usage in San Bernardino, CA, stalled aerial firefighting operations during massive blazes in 2015, the FAA teamed up with the Association for Unmanned Vehicle Systems International (AUVSI) and the Academy of Model Aeronautics (AMA) to launch an awareness campaign called “Know Before You Fly.” The program encourages drone operators to adhere to all temporary flight restrictions around wildfires. Other campaigns to better educate drone operators have also been launched.

The FAA already has its own regulations for piloting drones. For recreational use, drone operators must remain at least five miles from an airport (unless they’ve notified air traffic control), keep the aircraft in their line of sight at all times, and yield to any manned aircraft. For commercial use, pilots must pass a test at an FAA-approved test center to receive a remote pilot airman certificate; pilots must also be vetted by the Transportation Safety Administration.

Remember: If you fly, they can’t. Getting an overhead picture or video of a wildfire for your personal collection can greatly interfere with public safety.

As drone technology is still new, law enforcement and legislators are still figuring out how best to prevent misuse of drones and catch those who do. Despite legislation regulating drone use, it remains difficult for law enforcement agencies to identify individual aircraft before they fly away. The worst part is, illegal civilian drone usage prevents the wildland firefighting industry from seeking to develop this costly technology for good, and, ultimately, unregulated civilian drone behavior could cause the general public to lose out on life-saving firefighting advancements in the future.

Know Before You Fly. 2015. knowbeforeyoufly.org/2015/07/know-before-you-fly-reminds-uas-users-to-respect-wildfire-operations.

Meola, A. “The FAA rules and regulations you need to know to keep your drone use legal.” Business Insider. July 25, 2017. businessinsider.com/drones-law-faa-regulations-2017-7.

U.S. Forest Service. “If You Fly, We Can’t.” 2017. fs.fed.us/managing-land/fire/aviation/unmanned-aircraft-systems-uas/if-you-fly-we-cant. 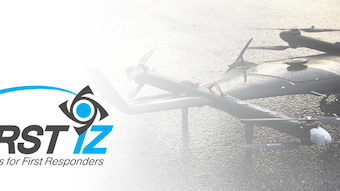 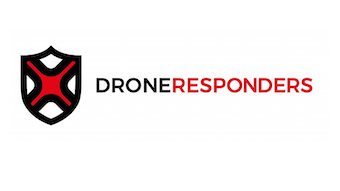 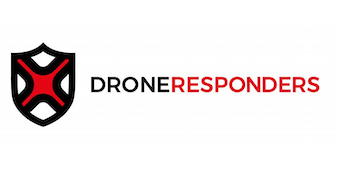 A lack of training and certification standards ranked as the top challenges facing public safety drone operations, according to DRONERESPONDERS.
DRONERESPONDERS
Nov 5th, 2019 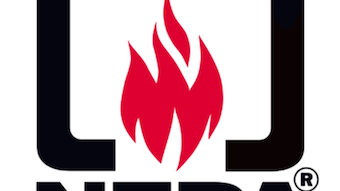 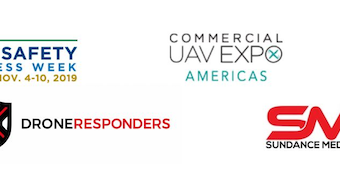 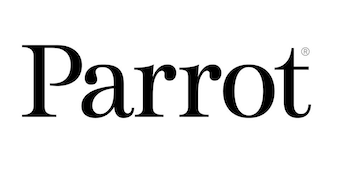 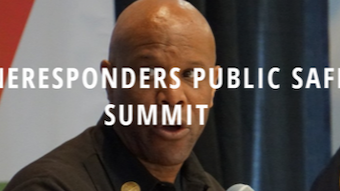 This first-of-its-kind event will unite drone operators and program managers across law enforcement, fire rescue, and other emergency services for strategic discussions and workshops surrounding the evolving use of UAS.
Oct 16th, 2019 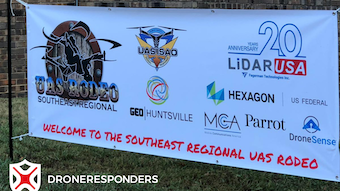 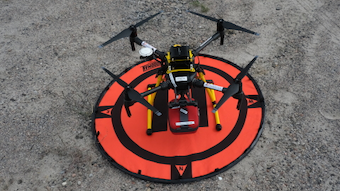 The trial demonstrated the drones’ capabilities to arrive more than seven minutes before paramedic vehicles during each test flight.
Cradlepoint
Oct 3rd, 2019 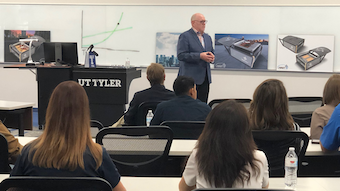 CEO Phil Burks spoke to the group on a variety of subjects, beginning with an introduction to Scrum, a framework for managing complex work as a team.
Oct 1st, 2019

Four topics were selected as points of focus for the day, one of which addressed the recent bipartisan American Security Drone Act, proposed by a number of U.S. senators.
First iZ
Sep 27th, 2019

Members representing more than 30 countries will work together on an advisory council to help expand the global use of drones for good.
Sep 19th, 2019