Jason Decremer examines the role of public service motivation in the recruitment and retention of volunteers. 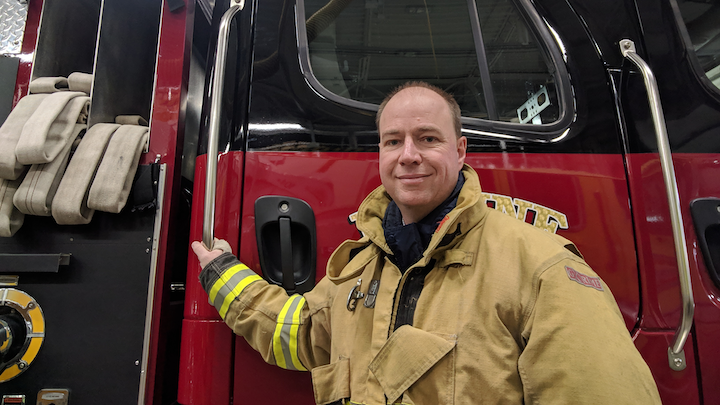 American culture has been steeped in volunteerism from the very early stages of the republic. Volunteers helped stem the tide of the American Revolution in favor of the colonists and continue to voluntarily serve in the armed forces.

The main areas of concern continue to be recruitment and retention in the volunteer fire service, which formed the basis for the current study. Volunteer fire departments that are able to retain their members have faster response times, more firefighters responding to calls, and report fewer injuries. The goal for the volunteer fire service is to maintain a level of service that best serves the community being protected. The problem of recruitment and retention is real, and the efforts to increase volunteer firefighter ranks have never been more important. Volunteer fire departments are losing members, which, in turn, is hurting communities that depend on them for consistent fire protection services.

Several of the studies on employee retention highlight the importance of leaders and managers acknowledging employees for their work and making them feel included in the day-to-day operations. Increasing an employee’s commitment should be the primary focus for organizational leaders. Good supervision and emphasis on employees being valued lead to retention. Work environment and job satisfaction are two primary factors in retaining employees.

Research in the education field concluded that employees leave if there is an absence of support from administrators. Educational research further indicated that fostering solid professional development programs leads to improved retention. Leaders who are respectful of employees and make them feel like they are an integral part of a team do better at retention. As such, leaders need to make a commitment to support employees and implement programs to help them succeed. Employers can improve retention by sharing information with employees and creating transparent processes within an organization. Based on the research conducted, volunteer fire departments that create an environment of inclusion will retain members at a higher rate.

It is also important to look at the motivational factors bringing individuals into the fire service. Dr. James Perry developed a model for studying public service motivation (PSM) using the theoretical framework that motivation of individuals to serve stems from four main areas: policy making and politics, public interest or civic duty, compassion, and self-sacrifice (Perry, 1997). This form of motivation originates from the beliefs and motives that are found within individuals who serve in the public domain. Perry concluded that an individual’s PSM develops over time and incorporates a wide variety of experiences. Since the original Perry model was introduced, researchers have contributed by making changes in the model for more simplification using only one or two of the dimensions noted in the study.Development of a shorter version of the Perry model has been undertaken for less elaborate sets of items, eliminating the policy-making and politics PSM. In revisiting the model two decades later, Perry noted that situational factors and individual behaviors should also be studied.

Recruiting volunteers who display one or more of the PSM traits in Perry’s model can help solve the problem of retention. Both need to be addressed simultaneously. Volunteer fire departments need to have a dedicated recruitment and retention coordinator in place. There should also be a Recruitment & Retention Committee to help the coordinator implement the overall plan to recruit and retain members. It is necessary for volunteer fire departments to have a comprehensive plan in place. Part of this plan should include completion of a need’s assessment, job and task analysis for each operational and administrative position in the department, and a succession plan for leadership positions.

During the interview phase of the recruitment process, it is important to ask questions of candidates that relate to PSM. A few examples of PSM-based questions:

Candidates that provide affirmation of PSM traits in their answers contain the motivational factors vital for their retention.

Recruiting with PSM factors in mind will foster higher retention rates in volunteer fire departments. A recent study that included interviews with former volunteer fire members concluded that 80 percent of those interviewed did not have PSM when joining the fire department. They were recruited based on family legacy, friends or responding to a recruitment drive such as mailings or flyers.

Disenfranchisement with department leadership, group dynamics and lack of time were the primary reasons for leaving the fire department. Of course, organizational issues plague all volunteer fire departments. But members with strong PSM factors are much more likely to work through departmental issues because they have internal motivations that will keep them going despite leadership problems and/or group dynamic issues.

Lack of time is also an ongoing retention problem. Motivated members are more likely to take on different roles with the fire department that may require less time, such as shifting from an operational member to an administrative member.

Leaders need to recognize that motivating employees to further goals, make contributions and identify with the organizational mission can equate to retention. Inclusion and sharing of knowledge play a pivotal role for leaders encouraging motivated individuals to stay within an organization. Fire service leaders must recognize the importance that PSM plays in retaining members.

The Millennial generation is the primary group currently entering the fire service. Their recruitment and retention are vital for volunteer fire departments to continue to provide service in the United States. PSM is a strong factor in retaining members. Those who answer the call may be different than their fellow citizens because they view public service as an attitude or duty. Individuals who remain motivated despite the politics and internal strife that can affect an organization continue to serve in the fire service. Without motivational influences, people are less likely to remain in the fire service. Because fire department leadership is not in a position to force individuals to have an internal PSM, chief officers need to determine the motivational factors of those joining the fire service. By carefully examining the PSM model and using the conclusions drawn from various studies, fire service leadership will be in a much better position to recruit and retain firefighters.

International Association of Fire Chiefs “State of the Volunteer Fire Service Report 2018: Recruiting and Retaining the Volunteer of the Future.”