OR City Faces $10K in Fines for FD Safety Violations 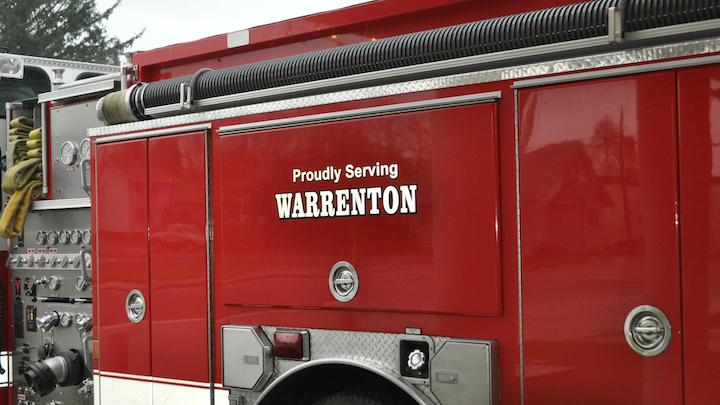 WARRENTON, OR—The city faces $10,800 in fines from the state for safety violations at the Warrenton Fire Department.

The state Occupational Safety and Health Administration initiated an investigation after anonymous complaints. It fined the city $7,500 for not ensuring a proper respiratory protection program, $2,100 for not ensuring employees wore the right protective equipment, $420 for improper training, $420 for not maintaining a safety committee, $180 for a lack of equipment inspections and $180 for not keeping a hazard communication program.

Tim Demers, the former fire chief, resigned amid the investigation. The findings come shortly after the city hired Brian Alsbury, the former deputy fire chief and volunteer, to replace Demers.

Investigators specifically took issue with the city’s use of the term “combat firefighter” for volunteers to keep them engaged while they completed the required training to combat structure fires. Most of the firefighters in Warrenton are volunteers, supported by one paid firefighter, a training officer and the fire chief.

“There are no control measures in place that would prohibit a ‘combat firefighter’ from participating in fire suppressions, rescue or both inside of a building or structure without” the required training, the investigation concluded.

Investigators found the city struggles to provide the proper number of trained firefighters or maintained equipment for responding to structure fires, and confusion over when to use lights and sirens during responses.

“The lack of clarity regarding this element can place the responding truck/engine to the hazard of vehicle collisions or accidents,” the investigation concluded.

The investigation also found a lack of clarity in the city’s standard operating procedures.

“There was a significant level of frustration communicated during the employee interviews regarding the lack of (standard operating guideline) development or any policy development during the last seven years,” the investigation concluded.

Investigators called on the city to create new guidelines and solve the deficiencies by Jan. 23. City Manager Linda Engbretson said in an email that the city has requested an extension on the deadline as it updates internal operating procedures.

“I will note that employees are required to wear appropriate protective equipment at all times when responding to fire incidents,” Engbretson wrote. “The employee who was not wearing turnout pants is no longer with the department.”

Warrenton has a month from receiving the citations to pay or appeal them. Engbretson did not comment on which action the city would take.

Among other changes, investigators called on the city to include adequate funding to calibrate and replace key pieces of firefighting equipment. Several city departments recently came before the City Commission detailing their budget constraints. The fire department did not take part because of the recent change in leadership.