The "Rescue Me" actor's cousin and childhood friend were two of the six firefighters who died in the 1999 Worcester Cold Storage and Warehouse Co. blaze. 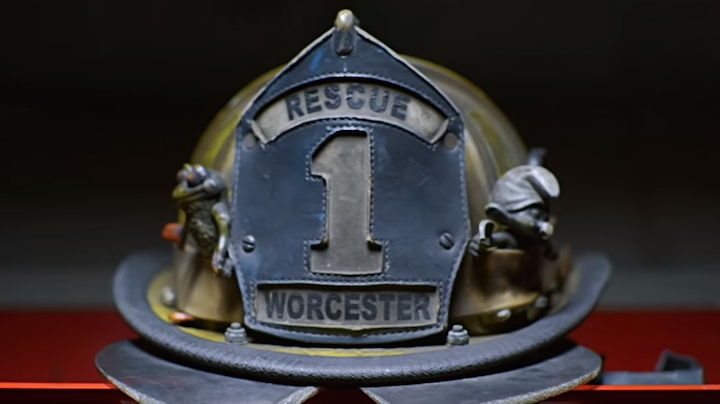 WORCESTER, MA—Actor, comedian and writer Denis Leary does get back to his native Worcester from New York City quite a bit to see family members and friends. But recently he's been here a lot more than usual, filming what Leary said is "a very tender and loving tribute" to the six Worcester firefighters who died in the Dec. 3, 1999, warehouse fire and their families.

A short documentary in five parts of about five minutes each titled "The Worcester 6: Heroes Remembered" will be released by The Leary Firefighters Foundation, Leary said. The first episode premieres Tuesday.

Leary narrates and is also interviewed in the series. Filming is still continuing and will include the 20th anniversary Dec. 3 commemoration in Worcester. "Essentially it's a half-hour documentary. It's the events of that night and the lives of the firefighters," Leary said.

For Leary, the Worcester Cold Storage and Warehouse Co. tragedy has always been very close to home. One of the victims, Firefighter Jeremiah Lucey, was a cousin. Another, Lt. Thomas Spencer, was a childhood friend and high school classmate. In response to an effort to find a positive way to deal with this overwhelming loss to his hometown, Leary established The Leary Firefighter Foundation in 2000, which has provided funding and resources for fire departments in Worcester and around the country to obtain the best available equipment, technology and training.

The five segments of "The Worcester 6: Heroes Remembered" will go out on digital and social media, including Facebook. "We wanted to reach as large an audience as we could to let people know who these people were, how it happened, and how these sons have carried on," Leary said in reference to the sons of the deceased firefighters who have become firefighters themselves.

"It's a a pretty incredible story when you think about it," he said. "To see an event like that and see seven sons — if I was pitching it as a Hollywood movie no one would buy that."

The 20th anniversary is "a strange feeling" Leary said during a recent telephone interview. On the one hand, he's watched the children of the victims grow up with the passage of time. On the other, Dec. 3, 1999, "seems very present."

Worcester has continued to be rocked by firefighter tragedy, the latest involving Fire Lt. Jason Menard, who died Nov. 13 fighting a house fire on Stockholm Street.

"I think people forget how insanely dangerous this job still is," Leary said. Technological advances and improved training can be counterbalanced by the presence of more flammable and poisonous materials in buildings than there used to be. "There are less fires but the job is more dangerous than ever. Most of the fires are incredibly fast, incredibly dangerous," Leary said.

Leary may be best known as the creator and star of the acclaimed comedy-drama television series "Rescue Me" (2004-11) in which he played veteran New York City firefighter Tommy Gavin who has personal trauma as a survivor of 9/11 who lost Jimmy Keefe — his cousin, best friend and fellow firefighter — and knew 59 other firefighters who died.

Asked if the Worcester Cold Storage and Warehouse Co. fire as well as 9/11 were in the back of his mind when he created "Rescue Me," Leary said, "I had wanted to do something about the Worcester fire but it was much too fresh and painful." In New York, Leary had friends on a fire crew that survived 9/11. In fact, the crew had previously come up to Worcester.

"I began to think about a firefighter who survived 9/11," Leary said of a possible story.

His original idea was for a movie, but he said that his friend and producer Peter Tolan told him, " 'I don't think it's a move, I think it's a series.' " Leary and Tolan were co-executive producers and head writers for the series.

"I guess it stands the test of time," Leary said of "Rescue Me." "It's the thing people still talk about, still watch." The technical advisers for the series were firefighters, Leary noted. "Almost all of the fire scenes and personal detail and humor came from these guys' experiences. For me, it's still the favorite thing I've done."

Leary has done a number of acclaimed movies and TV shows since first becoming a name on the Boston comedy standup circuit. His latest is "The Moodys," a comedy series on FOX that debuts Dec. 4. with Leary and Elizabeth Perkins playing a cantankerous married couple, Sean and Ann Moody.

"I'm telling people it's 'The Ref' (a movie comedy Leary starred in about a a disastrous Christmas reunion) turned into six episodes. It's an Irish family in Chicago gathered at Christmas. Everything that can go wrong will go wrong."

"The Moodys," co-written and produced by another of Leary's friends Bob Fisher, is a "stand-alone" six-episode comedy series that could get extended "if they like it," Leary said.

Meanwhile, on Dec. 3 "we'll be shooting on the night of the anniversary," Leary said of "The Worcester 6: Heroes Remembered," which is also "a tribute to the fire department and the community of Worcester," he said.

"That department is stronger than ever. It really is." 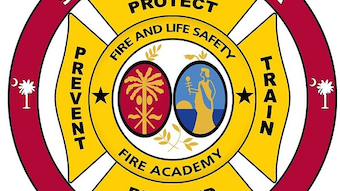