Worcester firefighter Chris Pace, who was pushed out of a top floor window of a burning three-decker by Lt. Jason Menard, was released from the hospital in time for Thanksgiving. 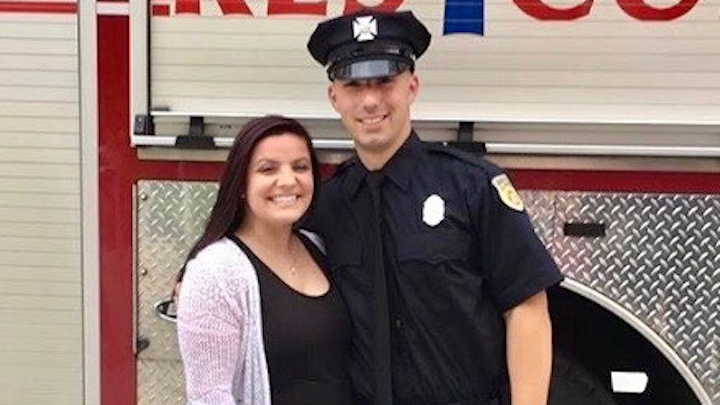 Worcester Firefighter Chris Pace has been released from the hospital in time for Thanksgiving, two weeks after a fellow firefighter saved him from a four-alarm blaze.

As flames consumed the top floor of 7 Stockholm St. on Nov. 13, Lt. Jason Menard pushed Pace out the window. Though safe, Pace suffered broken bones and burns. Menard did not make it out of the fire.

Pace was released from the hospital on Tuesday, according to Worcester Fire Deputy Chief Martin Dyer, the department spokesman. Pace is still recovering and won’t be back on the job for some time.

At Menard’s funeral Mass, Pace’s brother, Danny, said that Menard’s sacrifice was the only reason his brother was still alive.

“Thank you will never just be enough,” Danny Pace said.

“They grew to be great friends and had a close bond,” Danny Pace said of his brother and Menard. “The feelings he has for him have not only deepened but have become a focal point of his recovery.”

The cause of the Stockholm Street fire remains under investigation. Residents told investigators that they spotted flames in a second-floor heater.