The design and construction of Fire Station 6 in Garden Grove, CA, was driven by the need to replace an outdated and inadequate existing fire station. 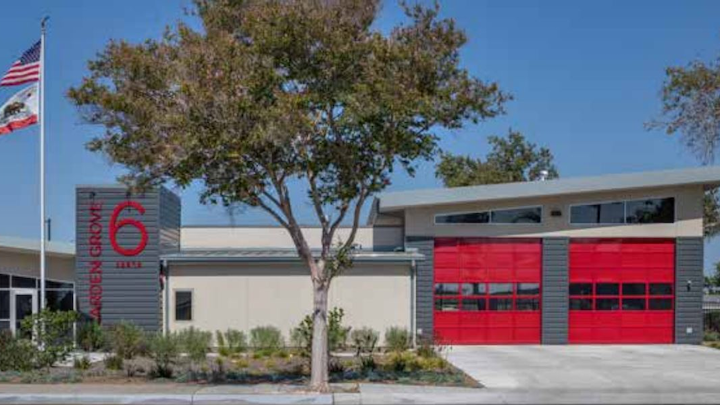 The initial desire of the department was to construct a three-bay, drivethrough station. However, due to budget constraints only a two-bay station was achievable. The design, while still respecting the need to create a clear delineation between different contamination zones for the station, was designed to allow for a third bay to be added at some point in the future.

The layout of the station was designed to provide quick access from all areas of the station to the apparatus floor. The public/crew side of the station includes core features such as a secured lobby, individual sleeping rooms, gender flexible shower rooms, a physical fitness area opening to an exterior covered area, kitchen/dining area open to a secure courtyard, a “clean” laundry room, and easily maintained polished concrete floors. The drive-through apparatus room includes decontamination and cleaning facilities connected to a turnout gear storage, as well as a drying room and a restroom to prevent cross-contamination.

The site design incorporated the existing park elements and community building in a cohesive design that allows the fire department to operate efficiently while enhancing their visibility in the community. The station design is fully accessible and was designed to provide a clear civic presence while complementing the surrounding community mid-century aesthetic.

Latest in In Quarters 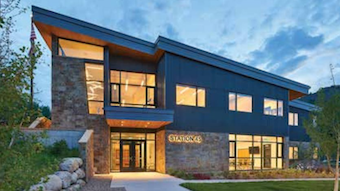 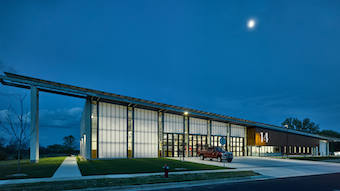 Station 14 in Madison, WI, is larger than typical fire stations in the city, incorporating training features as well as an expanded community room for training and civic events.
Sep 23rd, 2019 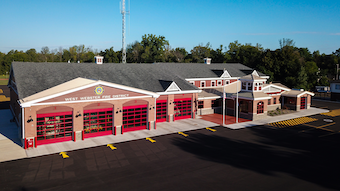 West Webster Fire District’s Station No. 1 serves as the headquarters for the more than 100-member volunteer fire department in Monroe County.
Sep 23rd, 2019 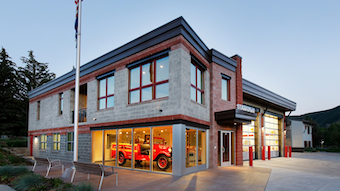 Basalt Fire Station #41 consists of an addition and renovation of a 40-year old structure resulting in a 9,301 square-foot facility, completed under budget at just over $1.7 million.
Aug 27th, 2019 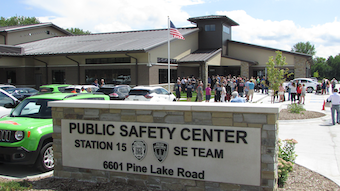 The brand new Public Safety Center in Lincoln, NE, will be shared by the Fire & Rescue and Police departments to serve the city's southeast side.
Aug 23rd, 2019 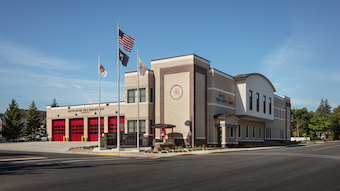 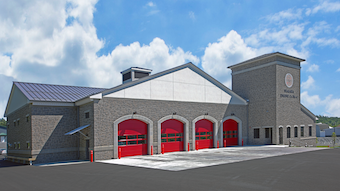 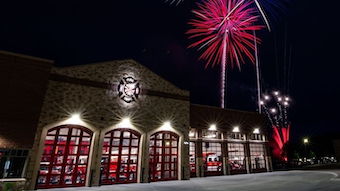 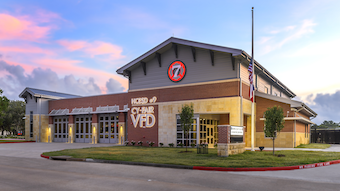 The two-story design and site layout for Harris County ESD 9 Fire Station No. 7 allow for drive-through apparatus bays and separate, secure parking areas for public and private use.
Jul 23rd, 2019

The new Bainbridge Island Fire Station 21, the island’s headquarters station, is designed to be an integral part of the community’s civic identity for decades to come.
Jun 25th, 2019

The relocation site for the Truckee Meadows Fire Protection District's Station #14 in Reno, NV, was selected for its excellent access to the two major arterials.
Jun 25th, 2019