The former Fort Worth firefighter says she was raped at the station and at home by supervisors. 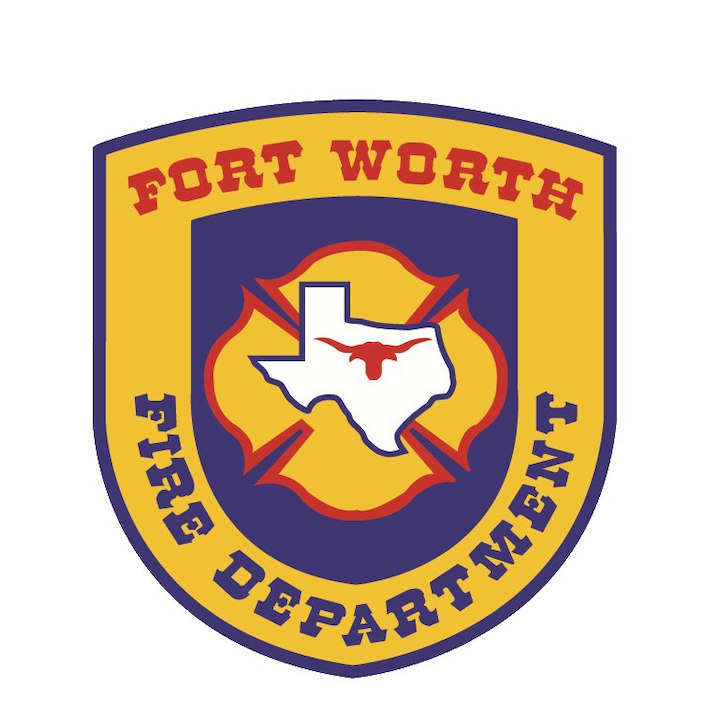 A former Fort Worth firefighter said she was sexually harassed and assaulted by fellow firefighters from 2013 to 2018, according to a lawsuit filed in a federal court Wednesday.

The firefighter, referred to as Jane Doe in the lawsuit, said two supervisors raped her in three separate incidents, a coworker slapped her on the backside in front of her young daughter, and another firefighter masturbated in front of her three times.

After years of harassment, the Fort Worth Fire Department forced Doe into early retirement, denying her the full pension she earned by working at the department for over 20 years, according to the suit.

The lawsuit names the city of Fort Worth, former interim Fire Department chief Kenneth Stevens and five current Fort Worth firefighters as defendants. This is a civil lawsuit, and no criminal charges have been filed.

The Fort Worth Fire Department said in a statement Wednesday that it received a complaint related to the allegations in the lawsuit on June 20. The fire department opened an internal investigation and referred the complaint to the police department for review.

“We take any concerns of inappropriate conduct by firefighters with the FWFD seriously. We will continue to investigate these allegations and cooperate fully with the police investigation,” the statement said.

In response to questions about the lawsuit, Fort Worth police Sgt. Chris Daniels said the police department received the complaint from the fire department and assigned it to the Sex Crimes Unit to investigate. A detective made several attempts to speak with the complainant, but she “was uncooperative and did not return his calls,” Daniels said in an email.

The fire department said current employees listed in the suit will not be making personal statements.

“They’re basically running these firehouses like frat houses,” attorney Grant Gerleman, one of the lawyers representing the woman, said. “They maintain this atmosphere and this culture of basically machismo, of ‘we’re better than everyone else, we’re better than the women who work alongside us.’”

In the lawsuit, Doe contends that the leadership within the department ignored her reports of misconduct and “chose to sweep them under the rug.”

Doe started working at the department in 1997 and rose through the ranks, the lawsuit says, becoming one of the most prominent female firefighters within the department.

Stevens did not discipline the coworker “due to his desire to keep a clean administrative record while he was running to become a Deputy Chief,” the lawsuit says. Instead, Doe was transferred to another shift.

On that shift, Jones started harassing Doe and “attempted to find errors in every aspect” of her work, the suit says. Again, Doe reported the harassment to Stevens and, again, she was transferred, the suit says.

Doe was sent to work in the supply warehouse under Capt. Fred Jandruko, who immediately started harassing her, the lawsuit says. He would slap her on the buttocks, grab her arm and speak sexual innuendos to her, the suit says.

On one occasion, Jandruko asked Doe to ride with him for a work-related project, the suit says. When in the car, he said he needed to stop at his home because an alarm was going off.

The two drove to Jandruko’s house, where Jandruko made repeated and escalating attempts to get Doe to go inside, but she continued to refuse, the suit says.

On May 17, 2014, Jandruko sent a text message to Doe expressing his desire to see her in revealing underwear and sending her a picture of what he wanted her to wear, the suit says.

Doe tried to de-escalate the situation by texting back that she only wanted a professional relationship between them, according to the suit. When his sexual advances continued, Doe said, she reported Jandruko to Stevens, who was still support services chief.

Two weeks later, Stevens held a meeting with Doe where he told her “not to mention or discuss with anyone” what happened, and reassigned her to another position, the suit says.

That position was a demotion for Doe, the lawsuit said, as she was trained as an engineer. After eight months, she applied for a transfer to another station and was awarded the position.

In the summer of 2014, Doe started working at the new station under the supervision of Capt. Bob Lomerson. Doe had considered Lomerson a friend, but “the fraternity culture within FWFD emboldened (Lomerson) to believe he was entitled to harass and objectivity” Doe, the lawsuit says.

Lomerson started showing up at Doe’s house even though she never gave him her address, Doe said in the suit, and said she owed him something because they had known each other for so long.

Doe tried to remain cordial with him even though she felt “as though her job was conditioned on her playing along to his advances,” the suit says.

In September 2015, Doe was home by herself and in her backyard gardening. Lomerson walked into the yard and said to her, “this is going to happen, and it is about time, I have waited long enough,” according to the suit.

Lomerson bent Doe over, took off her clothes and raped her, the lawsuit says.

After the assault, Lomerson told her not to tell anyone or there would be repercussions at work, the suit says. Doe did not report the assault, she says in the suit, because she was afraid she would lose her job and “knew the consequences of reporting her supervisors.”

Less than a year later in June 2016, another supervisor started to harass her, Doe said in the suit.

Battalion Chief Kelley Gutierrez transferred to her station and told her he had done so “to be near her.” Doe told him she was in a committed relationship and not interested in having a relationship with a married man, according to the suit.

Still, Gutierrez sent her sexually inappropriate and graphic text messages through 2016 and 2017, the suit says.

Gutierrez also started showing up at her house and making sexual advances toward her, the suit says.

At the station, Doe said, she was given private quarters during her shift because the Fort Worth Fire Department does not have designated quarters for female firefighters.

In late 2017, Gutierrez walked into Doe’s private quarters, locked the door behind him and told her, “We are going to have some alone time,” the suit says.

Doe responded by saying, “Don’t do this to me.” Gutierrez held her down and raped her, the lawsuit says.

Afterward, he told her “this never happened” and left.

Again, Doe knew her job was jeopardy if she reported the rape, she said in the suit. She also felt shamed and blamed herself for the assault, she said.

In October 2017, Gutierrez told Doe to come to his office. Once there, Gutierrez locked the door behind her and raped her again, the lawsuit says.

Doe says in the suit she felt trapped in her job, and told herself if she could tolerate the abuse a little longer, she would be able to retire with a full pension and work to “build a better future for her daughter.”

“She’s trying to retire, trying to get to that level. These firefighters dedicate their lives to serving and protecting and they get a pension for a reason,” Scott Palmer, another attorney who filed the lawsuit on Doe’s behalf, said. “She’s almost there, but she’s fighting the internal struggle with her coworkers.”

In November 2017, Lt. Dustin Lindop, who was Doe’s immediate supervisor, went into the fire station’s gym where Doe was working out and started stroking his penis underneath his pants, the lawsuit says.

On Nov. 20, 2017, Doe’s 8-year-old daughter was dropped off at the fire station and showed some of Doe’s co-workers a dance routine she learned. Doe bent over to grab her daughter’s hand and help her spin.

While she was bent over, firefighter Bryan Burch slapped her buttocks so hard he left a red handprint, according to the lawsuit. Doe went to the bathroom in tears and took a photo of the handprint as evidence. The mark later developed into a bruise.

The assault happened in front of other firefighters, including her fire captain, Lomerson, she said.

Because the harassment now involved her daughter, Doe decided to act, the suit says. She reported the assault to Lindop, who was her direct supervisor. The report included a photo of the handprint on her buttocks as evidence.

Lindop responded by superimposing “finger” and “kiss” emojis over the picture of Doe’s buttocks and sent it back to her, the lawsuit says. He took no further action, and Burch was not disciplined, the suit says.

“That’s how she’s treated when she tries to report things up the chain of command,” attorney Gerleman said.

In the years of harassment, Doe’s health suffered, the suit says. Her epilepsy worsened, and her doctor said she was having more seizures due to stress.

In December 2017, Doe had a seizure while driving her car off-duty and was in a wreck. A captain who was not in Doe’s station reported her to the internal affairs division, which took her off duty, the suit says.

In July 2018, Doe was forced into early medical retirement and denied her full pension, she said in the suit.

Palmer said the city of Fort Worth and the Fort Worth Fire Department “failed (Doe) in every way.”

Doe has since moved away from Fort Worth, her attorneys said.

“She’s a very strong person to begin with — you have to be to become a female firefighter,” Gerleman said. “She still has a lot of difficulty talking about it. She breaks down in tears.”

Doe said while she was an employee, the Fort Worth Fire Department did not provide sexual harassment training to employees. In a statement, fire department officials said they do provide that training but they didn’t know how long the city had done so.

The fire department has 22 female employees out of 900 firefighters.

©2019 the Fort Worth Star-Telegram