Daniel Byrne stresses the importance of maintaining the Fire Prevention Week mentality throughout the year.

Fire Prevention Week is the longest public health observance on record. It’s totally dedicated to the fire service profession. A week not only for prevention but to tell our story, our challenges, our history, our needs. For one week out of the year, we have the opportunity to generate community focus on our profession. I would argue that Fire Prevention Week for the fire service profession is akin to the Super Bowl for the NFL, the ultimate time of the year for us to shine and to put forth our best.

Just as the Super Bowl fields the best teams based on season-long performance, so must Fire Prevention Week be the crescendo of a fire department that worked hard in the community all year. Just as there is a minimal break for championship NFL coaches after the “big game,” the same holds true for fire departments. But after that short break, NFL teams get back to their game plans; they make changes, adjustments or reinforce their plans in preparation for the next season. The same process should be the mindset for your fire department.

How was your year? Review your statistics and run reports. Any change? What was your leading cause of emergency calls? What neighborhoods led the way? Do you have active programs in that community? Are you reaching your target audiences? Have you been successful with the media? Have your messages been disseminated properly and effectivity? If your data reflect negative results—or even no change—just as an NFL head coach wouldn’t throw up his hands and accept a disappointing season, nor should your fire department accept an unsatisfactory year. The easy answer for us when faced with negative data is to blame it on the community: They don’t care, they aren’t listening, the community isn’t penetrable. But just as a championship coach is prepared to make difficult changes, so must a fire department, and the end result for us isn’t a ring and parade, but the lives of those who live in that community and the lives of your teammates who respond to those risks.

This is both an internal and external matter. Internally, are your best people in the proper positions to make the best plays? What are the talents of your people? Some firefighters are great at speaking and communicating, other members not so much, but they have other strengths, such as planning, prop creation or social media. NFL coaches are responsible for the performance of their players. Are you discovering new talent and developing it to its potential, and are you challenging your stars to reach new heights?

Externally, who can help your efforts and bolster your community risk reduction (CRR) roster? Take a long, hard look at the communities that you serve that warrant intervention. Are you involved in that community? Can you send a recruiter to the neighborhood (maybe the local engine/ladder company or a well-known firefighter) to work within the community (community events, celebrations) to draft neighborhood zealots or respected individuals? Can you send someone who already is active in that community who can facilitate fire department intervention?

What other organizations already are working in that community or might have a vested interest in it? Is a law-enforcement presence or potential interest in the neighborhood? Are churches and/or social groups already working in the community?

Winning season or not, each year that passes can’t be taken for granted. A careful review of your upcoming schedule is necessary for creating a game plan. Just as the NFL schedule is a weekly climb to the championship game, so is a fire department’s annual outlook for a successful year. Each community must be broken down into small elements. For a championship season in a community, a victory must be accomplished weekly to achieve the department’s year-end goal. What is your department doing for those communities every week, all year long, to establish the victories for a championship season? Just as showing up on game day isn’t enough to win the game—and, in fact, is a recipe for defeat—so is waiting until next Fire Prevention Week to make any effort to reduce risks.

Set up opportunities to get in these communities all year long. This could mean a home-field challenge within the community itself or an away game in their local churches, community centers, schools, parent nights or scout troops. The point is, engage the community with safety information all year.

If players aren’t educated to the game plan, they can’t execute it; and if your firefighters aren’t educated on the problems, they can’t educate the community. Ensure that your departments and teams are aware of the upcoming season, the challenges and the game plan for victory. What are the leading causes of death and injury in the upcoming schedule? What is the battle plan to address those statistics? What is the preventive information that will be shared, and what is the method in which that information will be played out?

No matter what the event is, play each week as if the game is on the line. It’s easy to underestimate your weekly “opposition” and breeze over a community event as a simple public relations task. The fact is, each community event—each game, each play—could be the difference between a losing season and the championship.

Each community event might have one person, or one family (one play), who could mean the difference. A simple engine company community display might result in many people coming up and taking photos, even posing for a selfie with a crewmember. However, you will have no way of knowing whether any of those individuals are the next fire statistic or whether their home results in the next line-of-duty death. That is why each event must be maximized with 100 percent effort for reducing injury and loss of life based on the game plan that’s designed for that community. Each play, each person who your fire company comes in contact with, could be the game winner, so maximum effort must be exerted.

As your year progresses, continually evaluate your success. The overall success of a season often can be determined each week and by the level of play. If your game plan wasn’t successful the first week, then it’s imperative that changes are made immediately.

Were your efforts to get into the community successful? If so, how successful was the crew (first string) in communicating the messages, and how successful was the game plan (receptive audience, invited back)? If your event wasn’t successful, then why not? How can you change your starting lineup? This involves personal involvement and evaluation of each event, not a review at midseason.

Victory is won in the trenches

Any victory lies in the hands of each individual player and that person’s ability to match up and compete against the opponent. The same applies to CRR. Any public outreach effort comes down to people. Your best game plan, one that hundreds of manhours and dollars have been invested into, will amount to nothing if the people who are on the field aren’t successful in their personal execution.

Successful communication comes down to two people having a conversation, and the players who are most prepared for those conversations will have the best results. What concerns and possible challenges to your messages will that particular community have, and are your personnel prepared to address those concerns? For example, a community that has low-income residents might not be receptive to the idea of purchasing fire extinguishers because of their perceived immediate financial needs. Are your firefighters prepared with the correct information and statistics to compare and contrast the opposing ideas that might arise to that situation?

Every day’s a big game

Fire Prevention Week shouldn’t be just seven days in the year when fire departments show up and expect to bring home a victory. It should be a Super Bowl, a time to celebrate a successful and well-executed year’s worth of weekly game plans that involve study, strategy and execution. Championship teams take no challenge for granted, and when lives define victory, nor should the members of the fire service.

Don’t wait for Fire Prevention Week to play your “A” game. Start your championship journey today. Create your game plan for victory this upcoming season now. Lives, not rings, depend on it.

On-Demand Webcast: What Fire Service Data is Telling Us This Year

Video Underscores Need to 'Close Before You Doze' 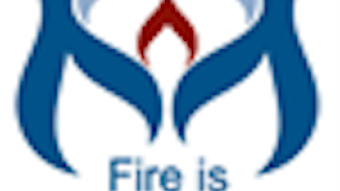 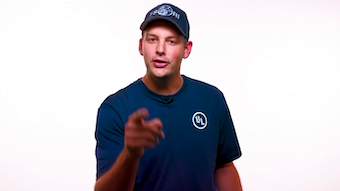 Close Before You Doze Video Contest 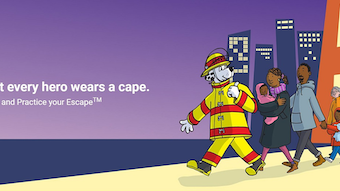 The NFPA's theme for Fire Prevention Week, which is October 6-12, is 'Not Every Hero Wears a Cape. Plan and Practice Your Escape.'
Jun 6th, 2019 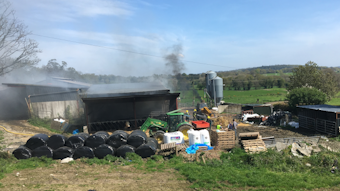 Daniel Byrne says the devastating fire at the Notre Dame Cathedral is yet another incident firefighters should learn from to prevent catastrophic fires around the world.
Daniel Byrne
May 29th, 2019 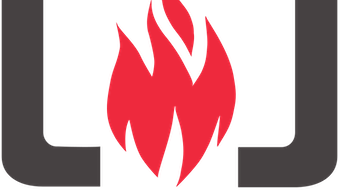 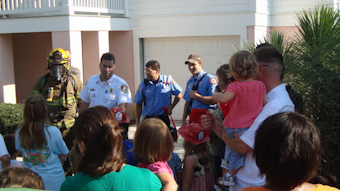 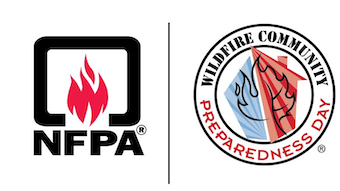 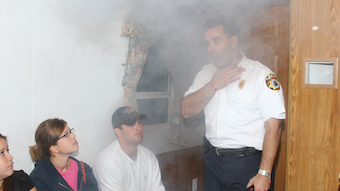 Fire Prevention: Are We Teaching or Educating?

Lewis County fire officials are concerned that their prevention messages are not resonating after 11 fire-related deaths in recent years.
Dec 18th, 2018

Mobile residents can expect a drop in their insurance rates after the city's Fire-Rescue department achieved a Class 1 rating from the ISO.
Nov 27th, 2018